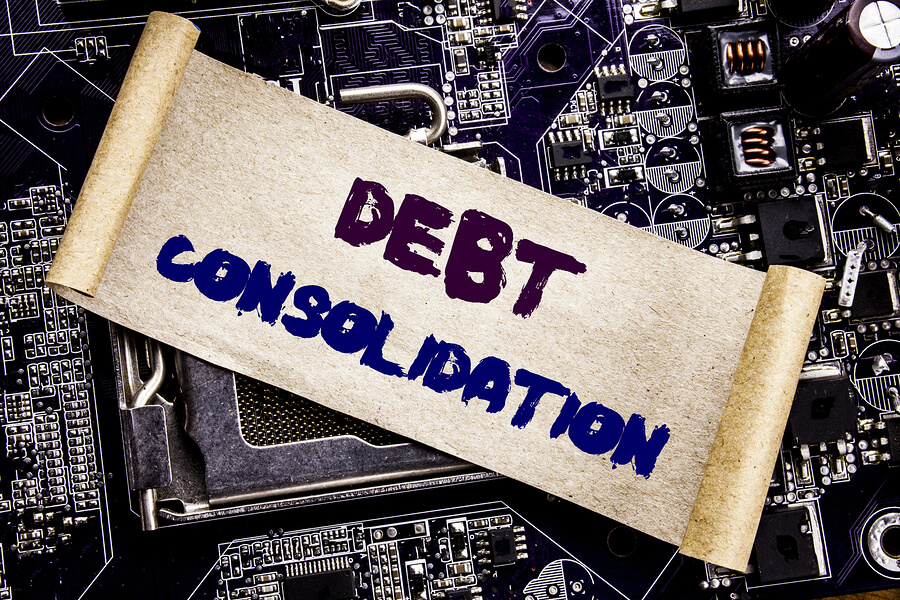 A lot of people think this is beneficial because they can focus on paying off a single debt instead of multiple debts, but there are actually a lot of misconceptions about the reality of debt consolidation. The following are a few common debt consolidation myths that need to be permanently debunked:

Let’s say you have three different credit cards that you’re paying off. The minimum payments on those cards total to about $500. Once consolidated into a single loan, you may only have to pay $300 a month. This may seem like you’re saving a significant amount of money. However, this represents short-term savings. You’re going to have to pay this amount for a much longer period of time since the sum you owe will be the total of all your credit card debt. Because it’s going to take longer, you’re going to be paying interest for longer. While your interest rate on your loan may seem less than your credit card debt, when actually calculated over the period of the loan, you’re more likely to end up paying substantially more.

Having less debt means that your credit score will go up, right? Wrong. First of all, just because you have fewer debts to pay off doesn’t mean that you have any less debt (you have one larger debt instead). Secondly, paying off credit card debts and smaller loans in one single payment will actually hurt your credit score. It’s generally good to have a little bit of credit card debt as it shows that you’re using your credit. Additionally, the on-time payments you’re making to each debt impacts your credit history in a positive manner.

On the surface, consolidating your debt may make it seem like your debt will be easier to manage, especially if your monthly payments are lower. However, this won’t help you improve your finances if your spending habits don’t change. One of the biggest problems people who consolidate their debts face is self-control. They will suddenly have a handful of credit cards with zero balances on them, which mean that they’ll go right back to using them the same way they were before, causing them to fall even deeper into debt.

There’s nothing quite like having a fresh start. It’s why debt consolidation appeals to so many people. But you’re not actually wiping away your debt when you consolidate it. You’re just moving it around a little. So don’t let the idea that by consolidating your debt you’ll get a fresh start convince you to do so. It’s not a fresh start, it’s just a mirage that often tricks people into falling into more debt as a result.

Many people believe these myths, which is why debt consolidation is such a popular practice. However, the drawbacks far outweigh the perceived benefits of debt consolidation. Most people who attempt to consolidate their debts will actually end up doing more harm than good to their financial status. For professional guidance on how you can pay off your debts more effectively, contact us at Safe Money Partners today.