Getting out of debt can be frustratingly difficult, especially if you have multiple credit cards and loans with high-interest rates that you’re desperately trying to pay down. One solution that you might be considering is debt consolidation. 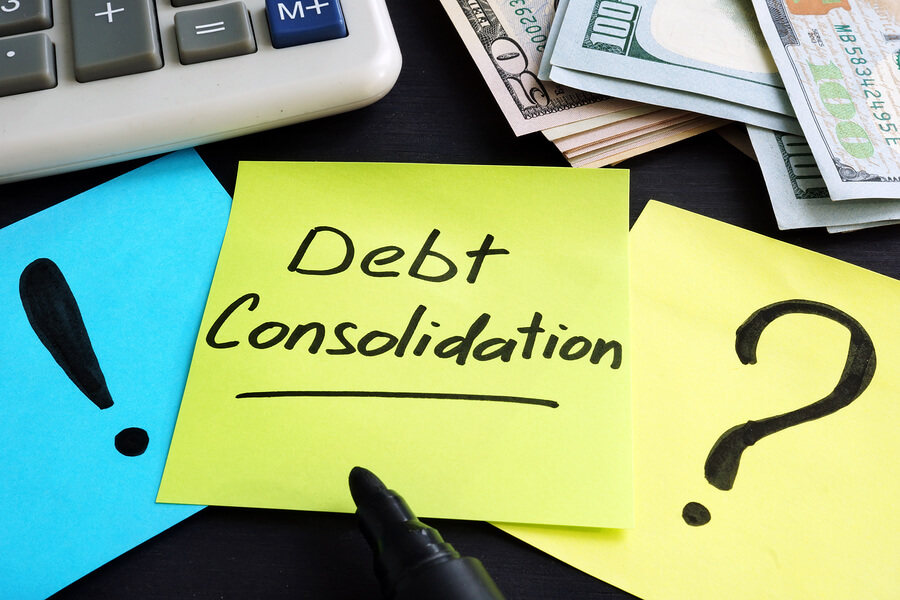 What Does it Mean to Consolidate Your Debt?

The idea behind debt consolidation is relatively simple. Basically, you take out a loan and use that loan to pay off all of your debts. Now instead of having four or five different debts to worry about, you have one single debt. This can seem like a good way to go, especially since not only will your debt be easier to manage, but you’ll likely have a smaller minimum payment to make every month. However, as tempting as this may seem, you might want to think twice about consolidating your debts.

The Drawbacks of Debt Consolidation

The following are just a few of the reasons why you might want to reconsider having your debt consolidated:

Debt consolidation might seem like a good idea if you have a lot of different debts. But, combining them into a single debt only provides the false perception that you’ve reduced your debts. It’s important to understand that you haven’t done this at all. If you’re trying to get out of debt, consolidating them into one loan isn’t the answer. We’re experts at helping people just like you eliminate debt for good. Learn what your options are without consolidating by contacting us at Safe Money Partners today.