Understanding the Difference Between Simple and Compound Interest 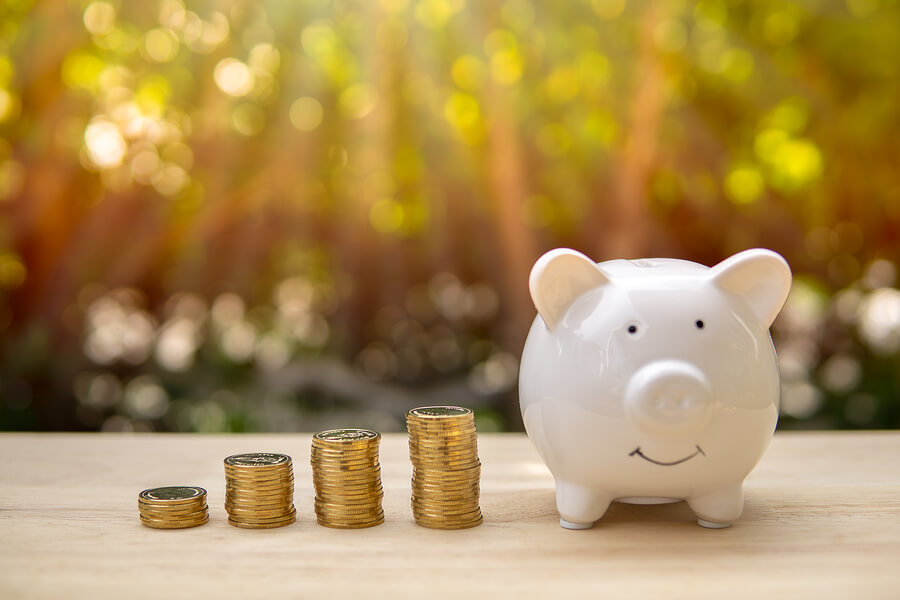 Interest is something that affects our money everyday for the good or for the bad.

When we aren’t earning interest, we are essentially losing money over time because when we go to the grocery store or the sporting goods store or clothing store, the same amount of money in our pockets will buy less goods over time.

When we gain interest, we are starting, even though on a small scale, a powerful concept called passive income. Passive income is money you earn without actually doing any work in the moment you are earning it.

So if you have money that’s growing while you vacation, spend time with family, enjoy your hobbies, wouldn’t that be considered passive income? I think we can agree that earning money while you rest is a pretty powerful and amazing tool.

This is a lot of what the comparison of simple vs compound interest is all about. Whether or not you truly understand the ideas, I am going to break it out in illustrations to help you better grasp it.

For a first example, let’s start very easy with just $1. With simple interest, you earn the same amount of interest every year. Another way to think of it is that it’s simple to calculate.

So the $1 growth is the same growth you’ll see each year. At the end of year 1 you would have now doubled your money to $2.

That’s a great amount of interest in a short period but you will see how from here on you will never be ahead with simple interest over compound when looking strictly at the interest rate.

With the simple interest of 100% (which is more than most of us ever earn but we are typically earning compound interest) you would now have $21 at the end of year 20.

Now to excite you about the possibilities that time can give you, let’s compare those results to that of the same $1 earning 100% interest per year, but now earning a compounding amount.

The big difference to understand is that the growth amount each year is based off of the previous year, not just off the first year like with simple interest.

Each new year’s interest was based off the first year with simple interest and that holds you back. At the end of the 5th year, we’d have either $6 with the simple interest approach or $32 with the compounding approach.

Here you can already start to see the benefit.

After 5 years you’ve earned 5 times as much. After the 10th year you would have $11 as mentioned above in the simple interest example. At this point, on the contrary, you’d have $1,024 compared to just $11.

Now you are starting to see the power. After the 20th year, we said you’d have $21 if you had been earning simple interest the whole time. Do you want to know what you would have if you’d been earning compound interest?

Are you sure you are ready?

At the end of the 20th year you would have over $1 million dollars!

Now that’s something to take note of. No wonder Albert Einstein called it the 8th wonder of the world.

If that isn’t enough, or you’re someone that believes in simple interest, let’s take it out 10 more years. At the end of the 30th year you’d have $31.

On the contrary you could’ve had…wait for it…. DRUM ROLL PLEASE!!….

For those of you who get dizzy reading that many numbers, that is over $1 billon dollars. I think we could be comfortable with that.

This all starts with the fact that the compound approach earned more in the first 5 full years than the 30 years of simple interest earnings.

Now that is making your money work for you.

Now that you better understand the comparison between simple and compound interest I want to illustrate how compound interest works best; by taking advantage of something we can never get back once it’s gone, time.

The difference is that John decides to wait until he is 35 to start saving. Instead of saving and investing for 11 total years, John will do this for 26 years since he started later.

You can never really make up for lost time when it comes to compound interest.

This is a major factor for people struggling with debt.

If a large percentage of income each month is going to pay your debts, that is money that cannot earn you interest, simple or compound.

I’m not saying that you should not save at all while paying on your debts, but you should understand that:

As always, do research and learn what you can, but always look for a professional to partner with to make your planning as effective and efficient as possible.